Disruption is all over us! You can’t watch the financial news or follow the big companies without hearing it over and over again: Disruption!

I recently attended ‘Mødeindustriens Dag’ (a conference for both planners and suppliers in the meeting industry) where the term showed up during all the presentations. And the reaction to it somewhat startled me: The audience seemed to hold their breaths – the air was thick with fear! Is the (Danish) meeting industry not ready for or aware of disruption??

The conference was designed in three blocks: Threats, Opportunities, and Solutions, and it seemed to me that there were two major threats that most of the industry fear: The first one is disruptive companies like Uber and AirBnB and the fact that they do not work on competitive terms – they ‘steal’ turnover from the hotels and taxi companies. The second one is digitalization, which is seen as a nuisance more than an opportunity. I left the conference with the feeling that the meeting industry is a little old fashioned.

So, what are the solutions, then? In my opinion, two of the most significant solutions are co-creation and customization.

Co-creation means making our clients (or attendees) part of the storyline, making them take ownership of their stay/visit/attendance. Include them in the process of designing the meeting, listen to their wants and needs, and create the event around them. After all, they are the reason we are here!

I believe that co-creation builds loyalty – at least if we make the client FEEL our company/hotel/restaurant/etc. and experience the uniqueness of it at the same time of being involved.

When it comes to customization, we have to realize that one size doesn’t fit all. This claim seems to have been lost in translation in the meeting and hotel industry. How come the venues always offer a standard package deal from their catalogue of food & beverage, alternative breaks, or activities instead of a quote customized just for you? Or why is it that most conference programs are sculpted in the same mold as the previous one and the one before that?

Furthermore, we have to step out of the meeting room (pun intended!) and take a look from the outside in: The meeting and hotel industry hasn’t changed in the last 50 years or so. A meeting room still looks the same as it did many years ago, even though today we know that white walls or a class room setup doesn’t encourage learning, innovation, or motivation. Who’s got the courage to adjust to this knowledge?

So what can we do to face the future of the meeting industry? We have to seize the threats and turn them into opportunities. Some of the speakers during the ‘Opportunities’ part of the program said it in these wise words:

I don’t think there is one right answer as to how to face the future, but we know it won’t go away so we better be ready for its coming!

How do you adjust to disruptions in our industry? 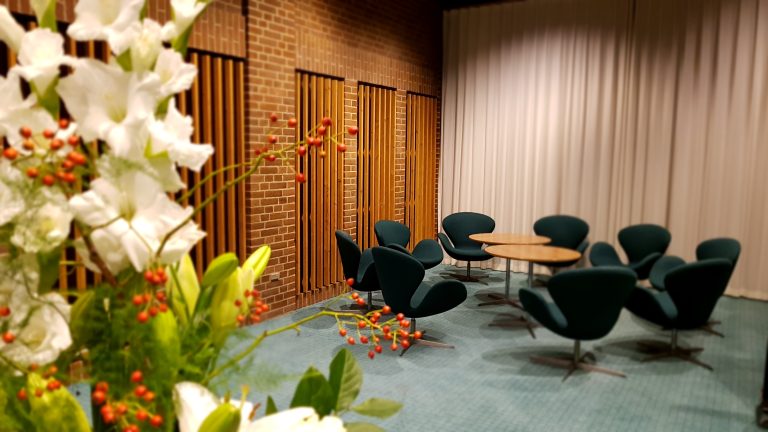